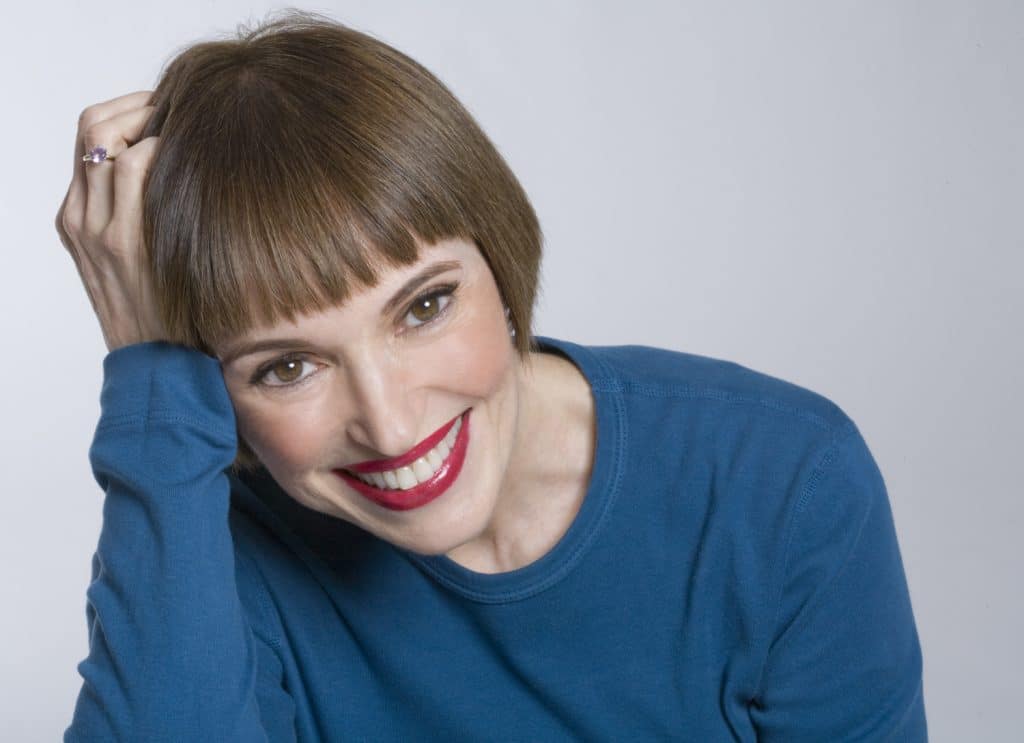 At Freedom, we love our users – not just because they use our product, but because they’re cool – cool people working on cool stuff. Academy Award-nominated screenwriters, bestselling authors, editors, journalists, developers, illustrators, designers, academic researchers, explorers, and entrepreneurs – the Freedom community is packed with curious, creative, and efficient go-getters. We love to share their stories and advice, because how better to learn about productivity than from the productive?

Victoria Moran is a vegan of over three decades and was listed by VegNews among the Top 10 Living Vegetarian Authors. Victoria made her reputation in the self-help genre with books including the international bestseller, Creating a Charmed Life. In the vegan space, her books include The Love-Powered Diet, The Good Karma Diet, and the iconic Main Street Vegan.

Featured twice on Oprah, Victoria is an internationally celebrated speaker and host of the award-winning Main Street Vegan radio show and podcast, and she speaks professionally on holistic wellbeing, enlightened aging, and eclectic spirituality.  She is also lead producer of A Prayer for Compassion, the new documentary that explores the intersection of veganism and spirituality. She lives with her husband, musician William Melton, their rescue-dog, Forbes, and a handicapped pigeon, Thunder, in a “green” building in Manhattan.

As someone with many roles and tons of experience in writing, producing, broadcasting, teaching, and creating – we decided to sit down with her this week to learn just how she manages to find the focus to do it all.

How did you know that you wanted to be a writer and founder of Main Street Vegan and what were your first steps in making this your career?

I’ve been a writer, and a speaker, for as long as I can remember. Words are my gift. I started writing professionally at 14 as a stringer for teen magazines, and I got into my first Beatles’ press conference that year. I spent some years as a magazine writer and now have 13 books to my credit. When Main Street Vegan was published seven years ago, it spawned everything I do now: the Main Street Vegan radio show/podcast, Main Street Vegan Academy, an in-person program training Vegan Lifestyle Coaches and Educators, and Main Street Vegan Productions, with our first documentary newly released, A Prayer for Compassion.

At what point did you realize that tech/apps/sites were taking a toll on your productivity/time/relationships?

Probably when I shifted from just writing, speaking, and doing a little coaching to actually running a business. This was back in 2012 when both the Academy and the podcast launched. More ways for people to be in touch were coming on the scene then too. I started to feel on many days that I was running down a mountain pursued by an avalanche, but not mud or snow: it was email!

How do you prioritize what gets your time and attention each day?

Not as well as I should, obviously. I spent three decades when the work day meant checking items off a to-do list: write x number of pages, make these calls, pay these bills, do these errands. Even then, the to-do’s were sometimes too abundant for the time available, but it was a pretty workable system. Then email entered and two, three, and four more hours of work came with it. Then Facebook, Twitter, Instagram — more actions expected, more people asking for help and favors. I still don’t have it figured out, but Freedom helps a lot because it gives me a few hours in the day when that stuff is not an issue. I can still have writing time, planning time, contemplation time.

How do you stay focused and motivated on a daily basis? Do you have a routine, ritual,  or process that helps to get into a productive flow?

The most important discipline I follow is no email till 10 o’clock. The morning is magical and if I sully it by opening the laptop (which sometimes seems like Pandora’s Box) or checking email on my phone when I pick it up to access my meditation timer app, I lose time, yes, but I also lose a chunk of that early day magic. To get this right, I have to start the night before, getting to bed early enough that I easily get up by 6 or 6:30. This is the time for meditation, journaling, working out, self-care, a great breakfast with my husband (our go-to these days is almond milk yogurt with berries, ground flax, walnuts, and cinnamon), walking the dog, and planning the day while I’m still in charge of it.

How do you optimize your environment for productivity and focus? How do you incorporate Freedom into your schedule?

Once  email and social media enter my day, I’m in reactive mode, but with Freedom keeping all that at bay until 10 every morning, I can go into my work day — 10 to 6:30 or thereabouts — with a sense of, well, freedom. Environment is important, too. I work from home and since it’s a New York apartment, I don’t have the luxury of a separate office. I like to work at a portable desk that I can take to a sunny spot. And at least a few times a week, I take my work to a coffee house. It’s harder to find the ones with large tables and ample outlets these days, but I have my regular spots. The uplift I get from being around people — people who don’t want anything from me except my energy added to the mix — is sheer delight.

What is the most difficult/challenging aspect about your work or working process? Do you have any strategies that you use to help overcome these challenges?

That’s definitely the extensive clerical tasks that have to be done in order to run an orderly business. I am not detail-oriented. I despise dotting i’s and crossing t’s. I have a virtual assistant and that helps a lot. I also sometimes hire a bright young person from TaskRabbit to come in and help me get through paperwork, a special project, or a simplify/organize effort. And I’m looking for someone to take on some of the social media.

What resources or tools do you use daily and have found most beneficial to your working process?

Freedom is one. So is text messaging — texts are easy to keep short, voice typing, and even the good old phone call. It is amazing how a 5- or 10-minute call can iron out details that could days and days of back-and-forth emailing.

What projects are you currently most excited about?

Oh my gosh, there’s so much. I’m excited that two of my books, Main Street Vegan and The Love-Powered Diet are newly in audio format on Audible. I’m excited every week about my podcast and the fascinating guests who populate it. And my prize project right now is the brand new film I’ve produced, A Prayer for Compassion. Thomas Jackson, the filmmaker, called into my radio show in 2015 and asked if I’d produce his film, something I’d never done before. When he told me that it was about veganism and spirituality, my two passions, I said yes and figured I could learn to be a producer the way I learned to be an author, radio host, and director of an adult ed program. And learn I have. The film will be in theatrical release through the summer and we’ll go digital with it this fall.

What do you do outside of your work routine that helps you stay healthy and productive?

My work is about vegan living, and it’s also been a vital part of my life for the past 35 years. I eat mostly what people are now calling a Whole Foods Plant-based Diet, with lots of produce. I believe that our shopping carts and dinner plates should resemble a Christmas tree: mostly green with splashes of other bright colors. I’ve also done yoga since I was 17, so that’s over 50 years. It appealed to me because I’d never before heard of a exercise for the body that encourages people to bring along their souls. I teach two classes a week in my building. It’s a gift.

Where are you currently based?

New York City, which is a character in my life just the way my family members and pets and good friends are. I’ve lived other places where the city is the backdrop against which one can build a wonderful life. New York can be a contributor or a competitor, motivator or master. On the one side, there’s the expense, the competition, the long winters, the pressing crowds. On the other, you’ve got Frank and Liza singing in your ear that if you can make it here, you’ll make it anywhere. I believe them. And after nineteen years, so far, so good.

To learn more about Victoria, her books, or other works – visit her site at MainStreetVegan.net

Moving Away From Immediacy: Is Asynchronous Communication the Future of the Workforce?

How To Prevent & Overcome Burnout